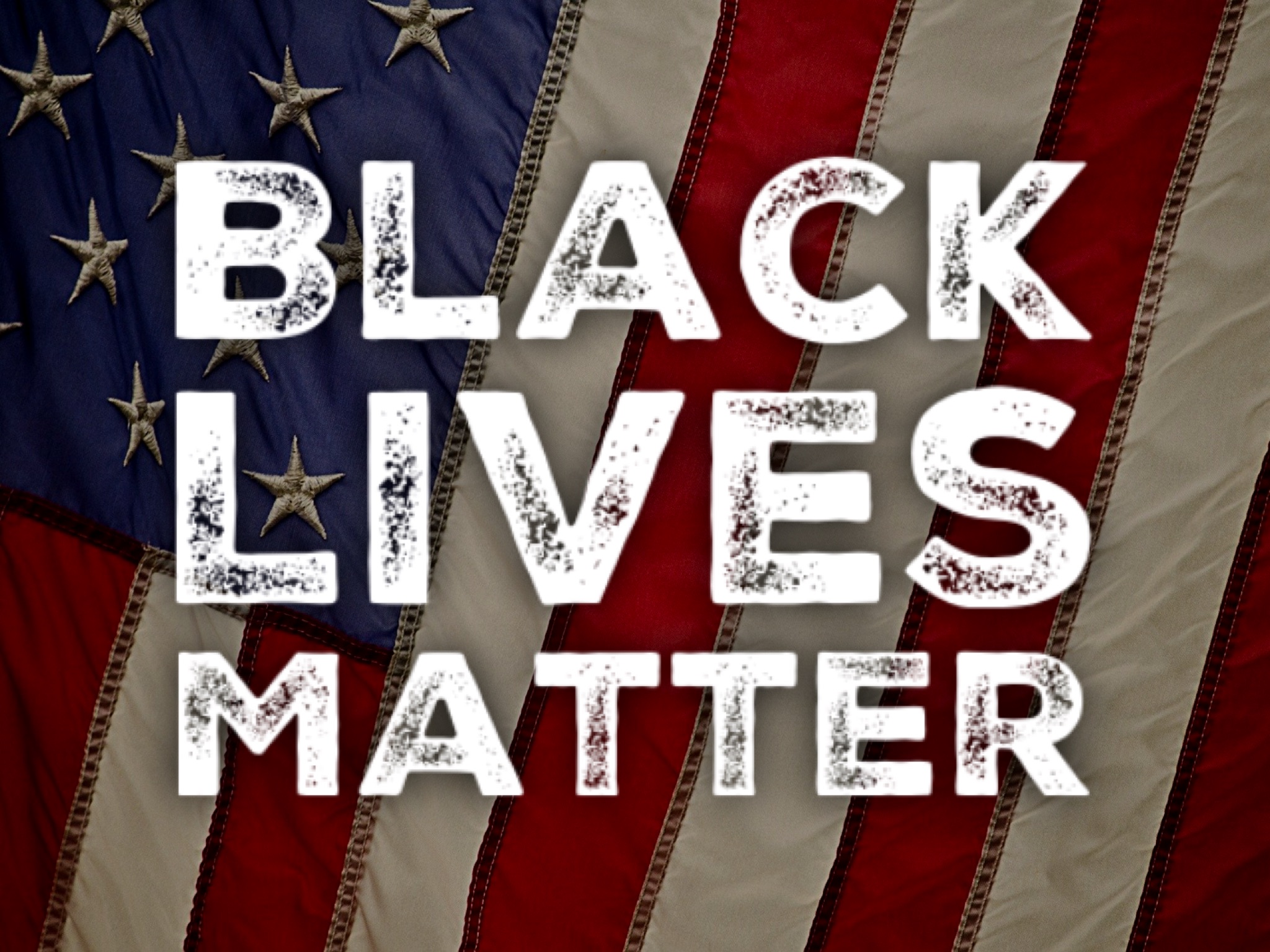 I wanted to take the opportunity to reach out directly, and express my gratitude for your support over the last couple of months, and to update you on a couple of things.

I am seeing some delays on product orders getting fulfilled, primarily with my printed t-shirts, tank tops, crop tops. So far, the average fulfillment times have increased to between 14-21 days due to COVID-19’s effects on global supply chains. I’ve added printed t-shirts on my Teespring and Redbubble shops where their fulfillment times are generally a little better in most cases. I also put up some fractal art patterned products. Some items are political in their message. Other items are photography related, while others are snarky, or just plain ol’ weird. Kinda like me. 😀

Like a lot of you, I am subscribed to several email marketing lists from different companies. It seems like, lately, I’ve received quite a few long winded statements from those companies with massive legal teams that have helped them to craft the perfect on-brand statement concerning current events. I did not want to be left out, so I felt it was time to make one of my own.

I am releasing the following statement in order to let you know where I stand unambiguously and without question as a person, a photographer, a citizen of the United States of America, and human being after consulting with my vastly underfunded legal team, friends, family, higher power(s), God, the quantum state of 4th dimensional time, my root through crown chakras, my conscience, ancestors, AND my mother:

If you would like to support this very important movement, please consider donating your time or resources to the following organizations:

Yes, I am very much anti fascist by default.

Anything else is pro fascism. 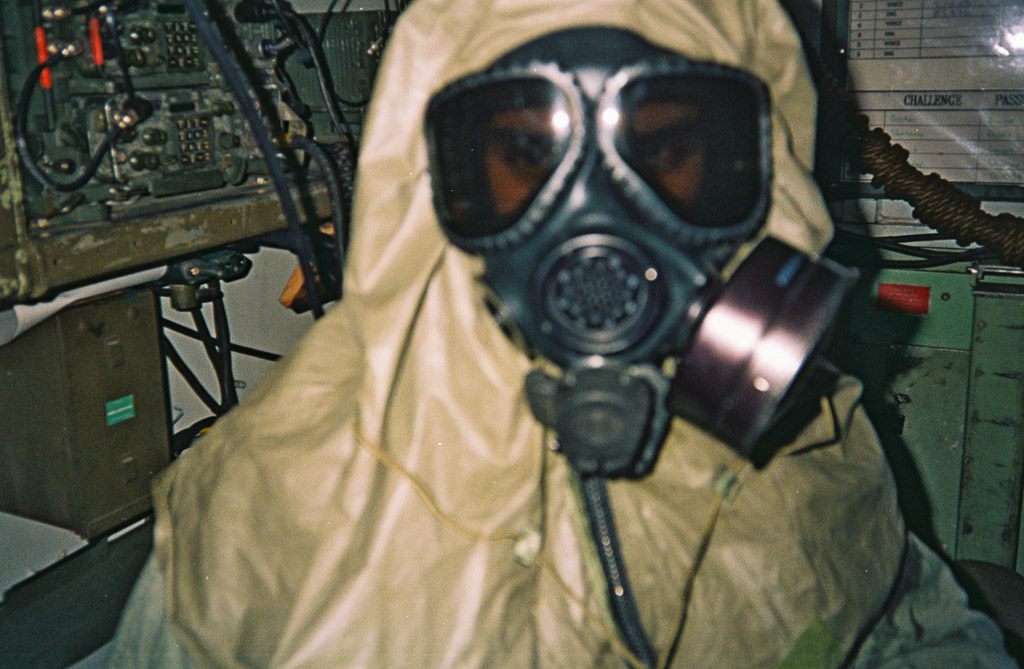 About COVID-19 and wearing a face-mask

You’re being asked to wear a cloth mask to cover your face to reduce the majority of the droplets you exhale from combining with the droplets that other people exhale, in a community effort to lower the overall risk of contagion to others.

It will absolutely not 100% protect you from inhalation of droplets, and that is entirely the point of making it a shared effort to reduce the total volume of respiratory droplets in the same air breathed by everyone. Less droplets exhaled leads to less droplets inhaled.

Photo #1: I am wearing a polyester neck gaiter as a simple, single layer, face mask. Even though it is not intended to act as protective personal equipment, or a medical grade filtered mask or respirator, that’s not the point. It helps to reduce, not eliminate, the droplets that I exhale. It’s not perfect, nor is it the most effective, but it is better than nothing. I can breathe just fine, and go about shopping at a local Asian market for what I need to stock up on, where everyone else is masked. The risk is there, of course, but greatly reduced for everyone present. With my asthma, I never felt restricted in any way, never felt my breathing was compromised, and could easily function with very minimal impact to my oxygen levels.

Photo #2: I was wearing a chemical protective mask and full chemical protective suit designed to filter out or reduce the impact of a variety of airborne contaminants, sprayed droplets, or vaporized hazards including: mustard gas, CS gas (tear gas, for you civilians), a variety of nerve agents, blister agents, weaponized anthrax spores and some biological hazards, and toxic chemicals due to fire and smoke and it was still was not 100% effective against every threat out there. It just reduced the risk to a much greater extent and for a longer period and I would have needed a fully sealed suit with its own air supply to be completely protected against all contaminants.

At the time the photo was taken, it was August, around 3pm, during a training exercise in Georgia. It was hot, miserably humid, and I had been wearing the full suit for about two hours with another 2 hours to go before someone gave the “All Clear.” The mask absolutely could not be removed until then. I could hydrate through a tube at the opening of the mask, connected to my canteen. Otherwise, physically, I had to still carry out the training mission, fully dressed in the suit and mask (MOPP Level 4), during the hottest part of day, and the hottest day of the year, in a Georgia swamp, at a high tempo, until whenever someone in charge decided that the exercise was over.

The point is, even under conditions most civilians whining about masks will never face, MOPP-4 did not kill me. Although it made me miserable, overheated, and exhausted over the course of 4-6 hours, MOPP-4 was designed to protect me from an incredibly contaminated environment. The biggest risks I faced during that particular exercise was dehydration and possible heat stroke. Imagine, now, having to wear MOPP-4 in a real combat environment.

By comparison, a face mask is not meant to protect you from the contaminants within that environment. It is only meant to help reduce the contamination to a shared environment by reducing everyone’s exhaled droplets. It’s the same as trying to get everyone to reduce their collective carbon footprints (and we know how well that is going), only this time it is trying to get everyone to reduce their COVID-19 footprints.

For the majority of you, certain health conditions aside, even an improvised face mask is not going to cause any risk to you, outside of a slight inconvenience to your pride. Realistically, listening to Donald Trump will more likely get you killed, assuming that rat has convinced you that “mAsKs r A dEmOcRaTiC tAcTiC 2 gEt U 2 GiVe Up Ur FreEdUmBz MAGA!”

If a training exercise with the US Army 3rd Infantry Division for several hours under MOPP-4 conditions during the hottest part of a brutally hot and humid day in a Georgia swamp did not kill me, wearing a simple cloth mask to go grocery shopping for 20-30 minutes will not kill you.

My name is Adrian Feliciano. I am 46 years old. And I am scared.

I am scared for a variety of reasons. Not just because of COVID-19, although, with some of my underlying pre-existing issues I’ve got good reason for it.

I’m scared for my friends and family and all of our futures, some already economically precarious long before SARS-coronavirus-2, and now with gross social inequalities laid absolutely bare and vulnerability impossible to mask away.

I’m scared that a good percentage of the population around me is willing to proudly red-cap bludgeon their way emotionally through crowds of people even as their utter capitulation to MAGA puts lives in danger. There is no reasoning with them, but unlike a virus, they are presumably sentient so many of us still try to reason with them in vain.

I’m scared of the systems in place that punish people who don’t fit in with the ruggedly-individual, radically self-reliant, cultism this country promotes.

I’m scared of the utter incompetence on display from that Moron and the smug enabling of his sycophants because, while some of them are just cowed by his cult of morons, a good number of them are just as incompetent and self-serving as he is.

I am scared of the future of this country, the “American” ideal that drew my family to immigrate from the Philippines and that was held up to me growing up as the shining example of having the best opportunity to live the best life possible.

SARS-CoV-2 will change the world, and the course of history. You cannot just restart the world’s largest economy within a couple months and expect that everything can, or should, ever go back to the normal that existed before. We are only in the very beginning stages of what will be massive reverberations felt for at least a generation.

How are you feeling, today? 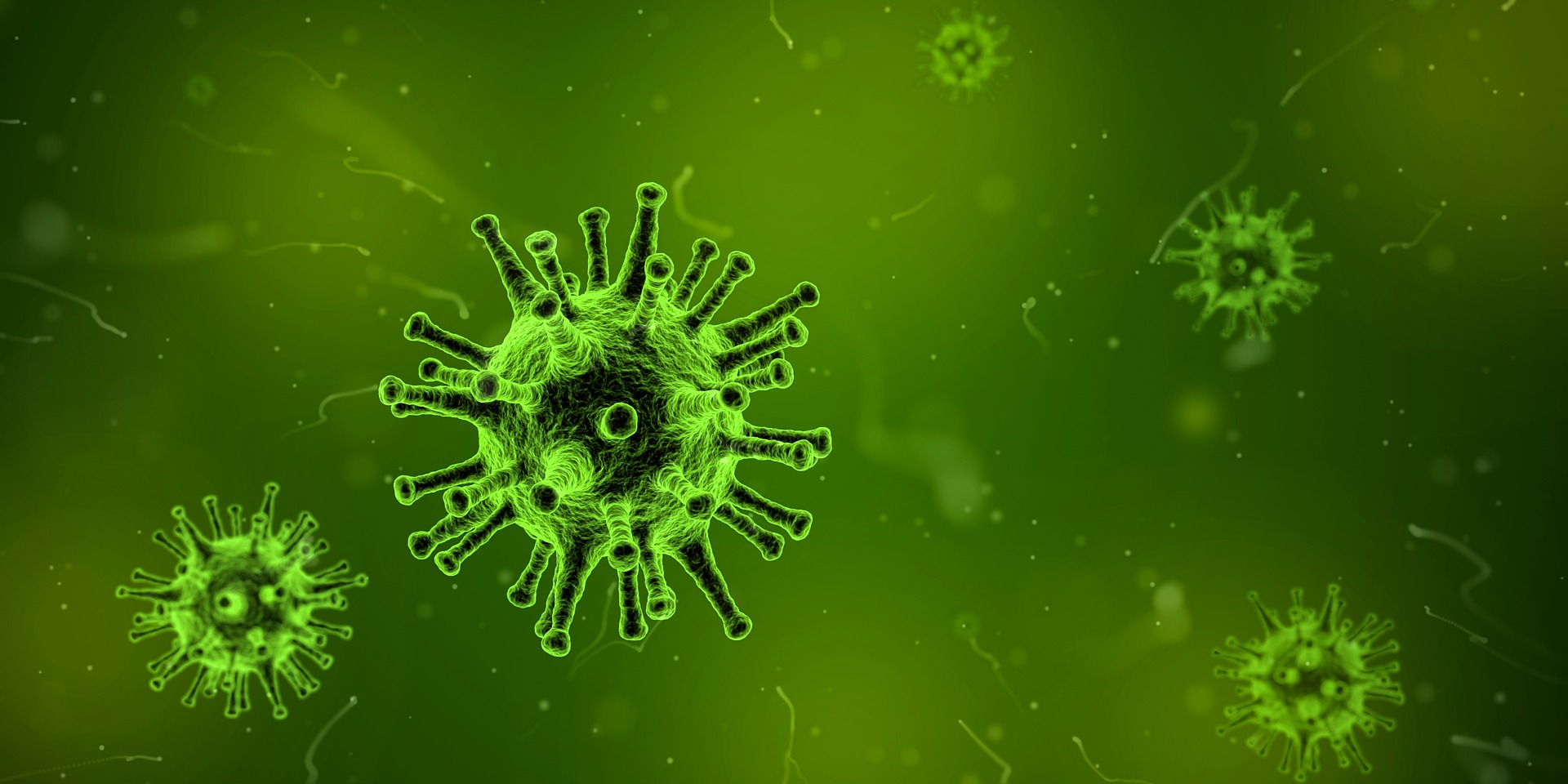 What is the correct name of 2019’s novel coronavirus and the disease it causes?

The coronavirus related illness that has been causing worldwide disruptions since the end of 2019 has been referred to by multiple names:

On 11 Feb 2020, the illness caused by the new coronavirus was named “Corovavirus Disease 2019 (COVID-19)” by the World Health Organization.

On 02 March 2020, the International Committee on the Taxonomy of Viruses, the officially named the virus that causes COVID-19 is “severe acute respiratory syndrome coronavirus 2 (SARS-CoV-2).” The WHO chooses to avoid referring to SARS-CoV-2 by name because (emphasis mine):

From a risk communications perspective, using the name SARS can have unintended consequences in terms of creating unnecessary fear for some populations, especially in Asia which was worst affected by the SARS outbreak in 2003.

For that reason and others, WHO has begun referring to the virus as “the virus responsible for COVID-19” or “the COVID-19 virus” when communicating with the public.  Neither of these designations are intended as replacements for the official name of the virus as agreed by the ICTV

Referring to SARS-Cov-2 by any other name is incorrect.

Calling it “the Chinese Virus” or “the Wuhan Coronavirus” is stigmatizing at best and racist at worst.

Comparing COVID-19 to the common flu is just plain stupid. 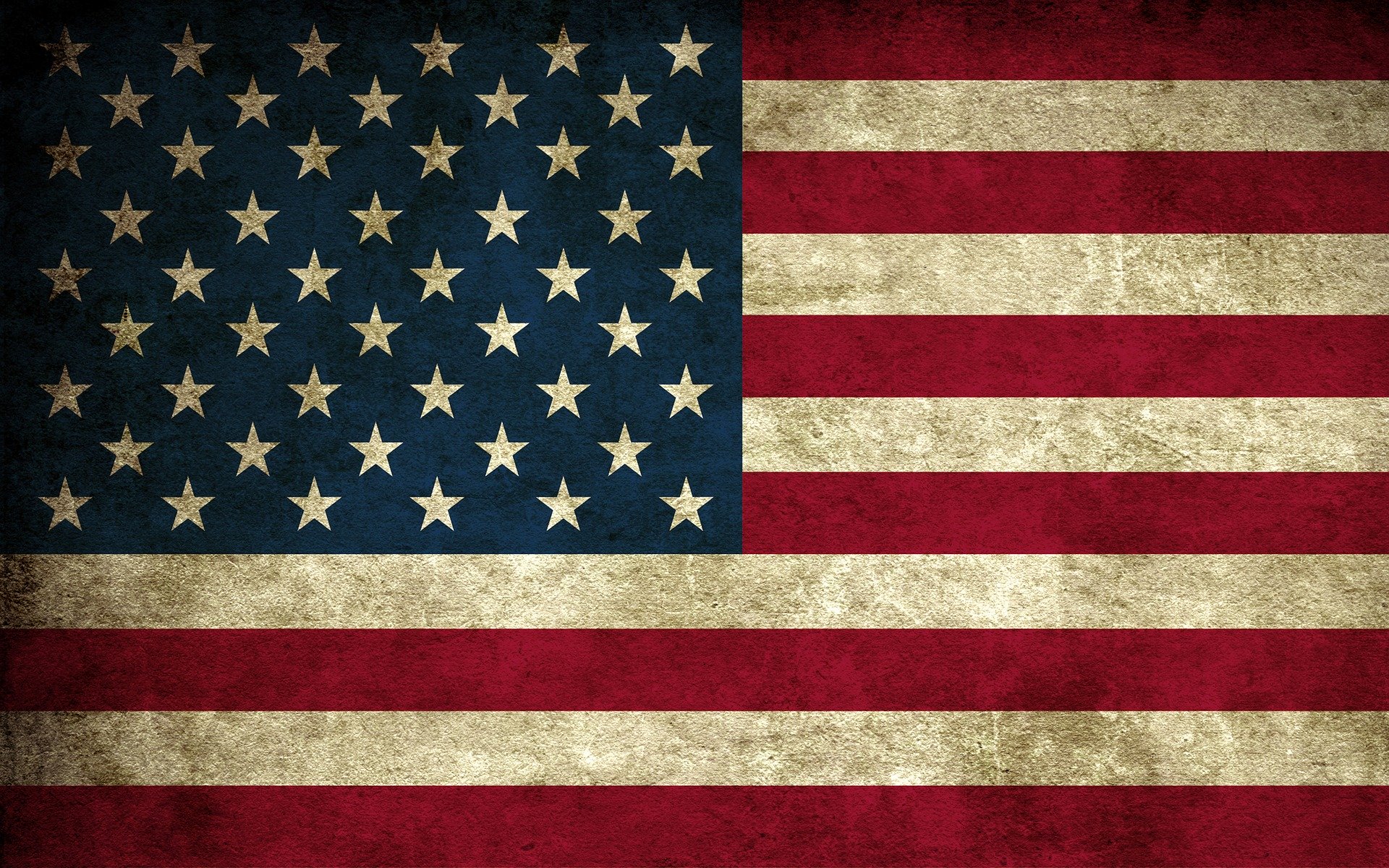 The following information about protecting yourself from Coronavirus Disease 2019 (COVID-19) is taken from the website of the Centers for Disease Control and Prevention.

Know How it Spreads:

Take steps to protect yourself:

Take steps to protect others: 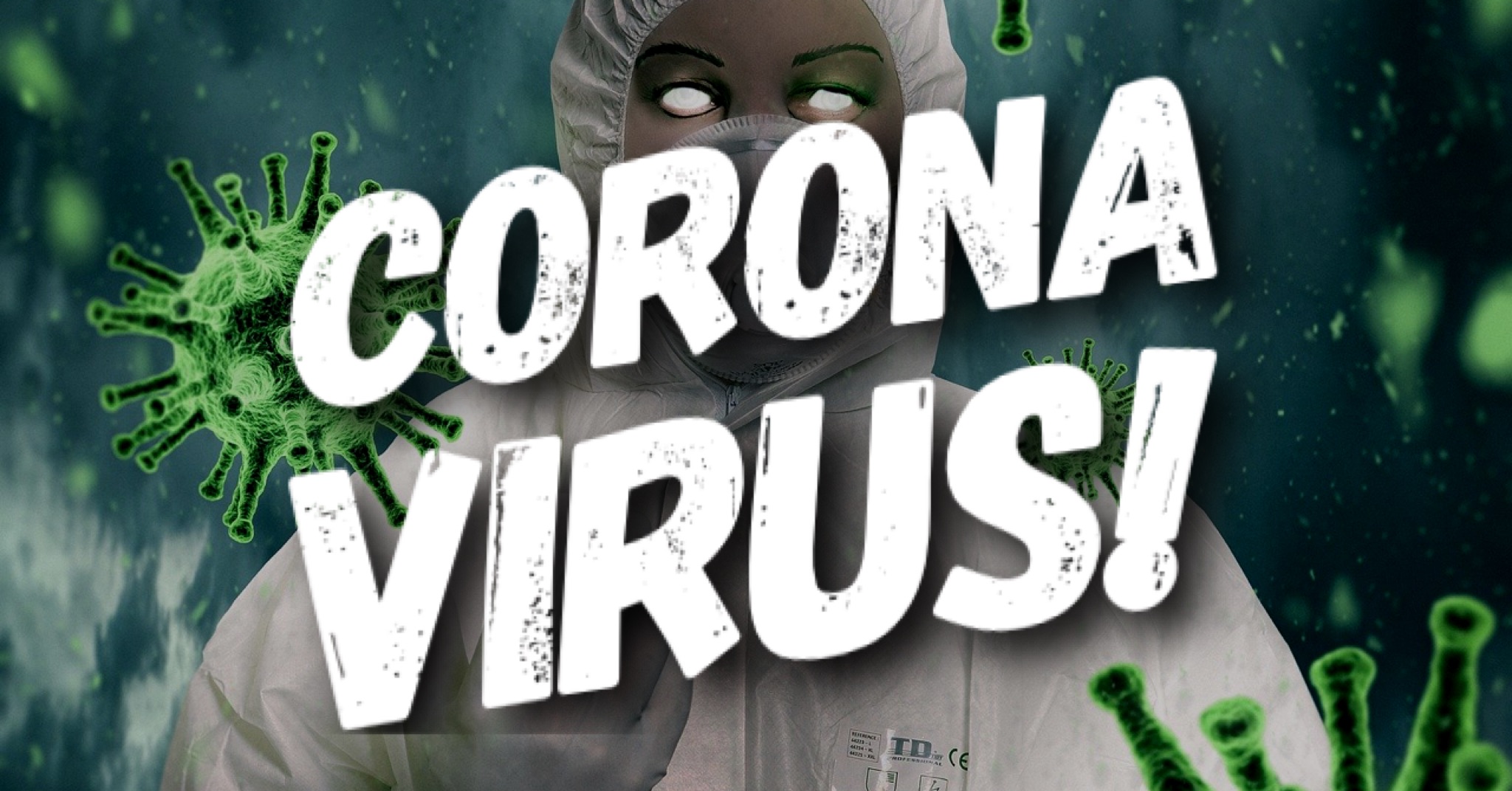 You know damn well that when the coronavirus pandemic hits 70% of the global population, this is what’s gonna happen, right? Anyway, coronavirus and misanthropy go together perfectly, don’t you think?